Insulating floors via a crawl space

We noticed shortly after moving in that the house was very drafty. We had the windows replaced, and I did my best to seal a crooked front door. We even replaced the skylights, but nothing we did alleviated these sometimes very cold drafts.

The home inspector noted that the insulation had dropped from the floor onto the floor of the crawlspace. This was due to the use of metal rods, or "tiger's teeth," which are no longer acceptable according to Washington State building code.

This made a very convenient ramp for the mice and rats, which had chewed a hole into the house at the top, and somehow used it to get into almost every other run of insulation for the floor, along with a couple of birds. How do I know? I found their skeletons, poo, and makeshift homes carved into the insulation.

One of the first things I did after we moved in was secured the dropped insulation. I observed at that time sections of rotted or missing insulation, and poor installation in much of the crawlspace. The insulation also did not seem as thick as the standard R-30 used for depths of 10 inches. I knew it had to be replaced anyway, and as we grew tired of the drafts, I decided to get the job done. I requested an estimate or two and found that for slightly less than 1500 square feet, the job would cost around $2,000. I would soon find out why.

Because it didn't seem like the job would be that hard, and considering the Snohomish County PUD offers a 50% rebate, up to $1500.00, for certain weatherizing jobs including floors, I decided to tackle it myself. PUD requires that the job be done to code, which basically meant:

I ordered the insulation supplies from ICS in Marysville. This is a very good company to deal with. I was able to get all the supplies I needed, except the pipe insulation, with free delivery, for around $750.00. The supplies I had to get were:

The PUD has the specs on their website, but the BPA has similar requirements with pictures. Of particular importance is the shoelace pattern used to staple, although I used a zig-zag pattern from joist to joist across each run for some of the job and the inspector said that was fine. The staple points cannot exceed 12" on center so you can imagine how long this took.

I bought a stapler for my air compressor for $50.00 on craigslist, two boxes of contractor bags, two boxes of dust masks, knee pads, and a new radio. I didn't get 1/2 of these costs.

I like to do things myself because I know their done right, and I can take the time to fix other issues I may run into while doing the job. It helps me sleep at night. I also like learning new things, doing the research, learning and using new tools and techniques, and honestly, working on projects that don't involve a computer.

I figured it would take a weekend to get it done. After the second weekend, during which my brother came to help me for a day, I realized it was going to take much, much longer. 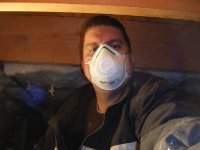 If I remember correctly, it took me four or five weekends, and was one of the hardest jobs I have ever done. I ended up with 80 or so contractor bags of old insulation, but I have a job that has been done right with no cut corners, and that has officially passed PUD inspection, all for a fraction of the cost. This home improvement did the trick and reduced the previously frequent drafts to almost nothing. It was worth every hour and every penny.

Here are some pictures. 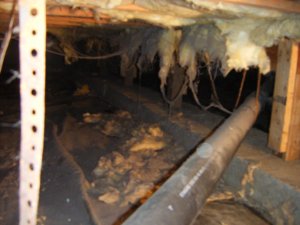 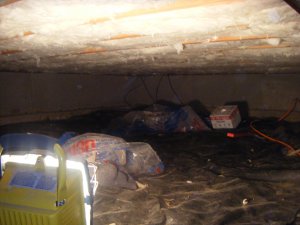 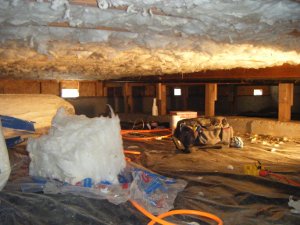 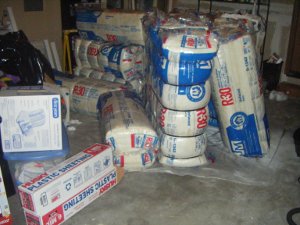 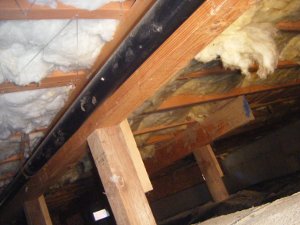 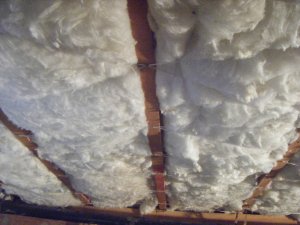 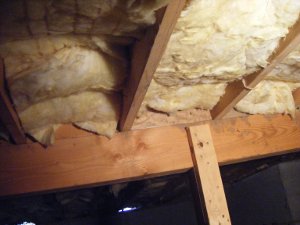 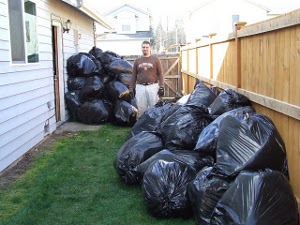